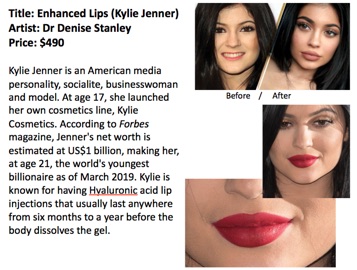 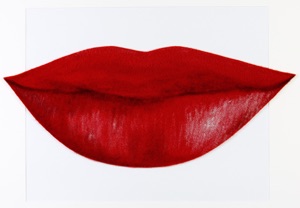 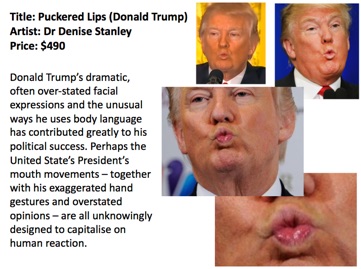 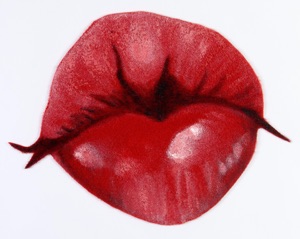 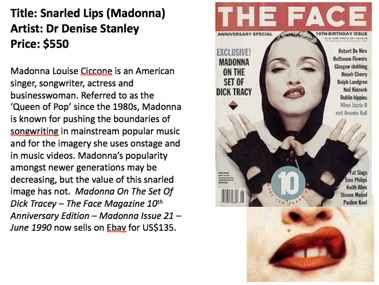 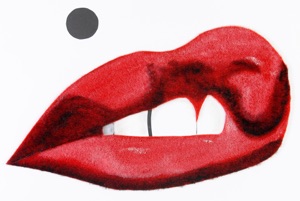 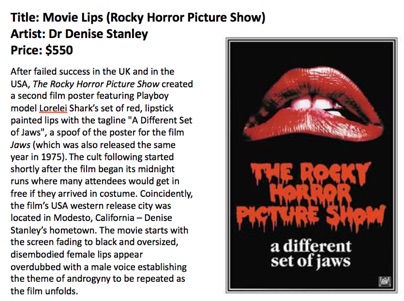 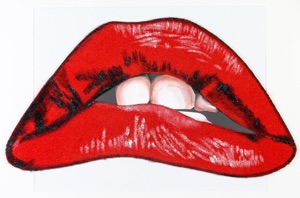 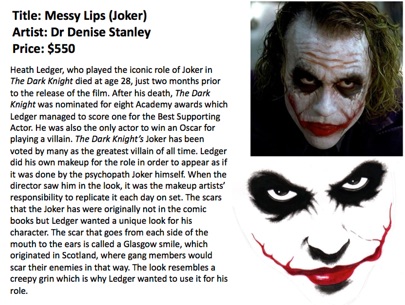 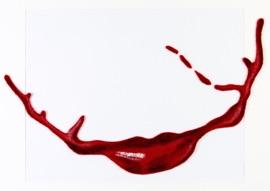 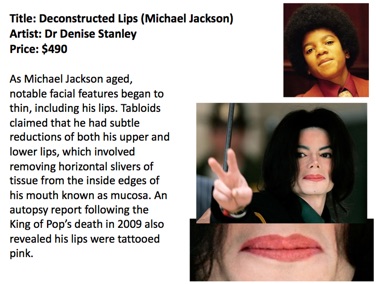 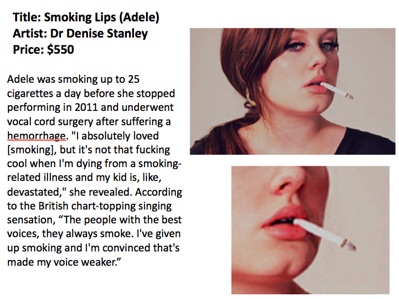 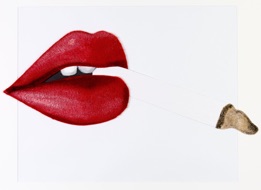 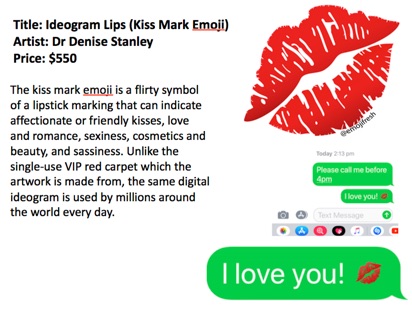 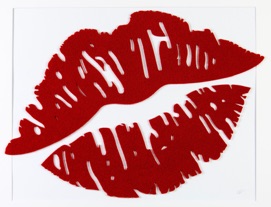 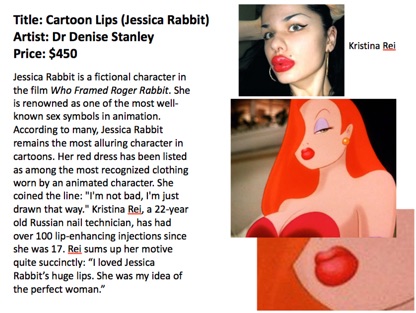 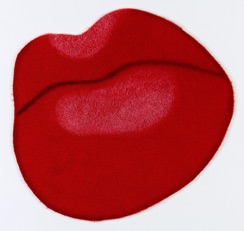 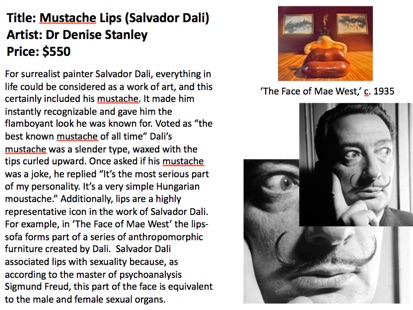 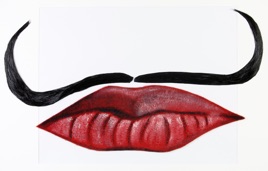 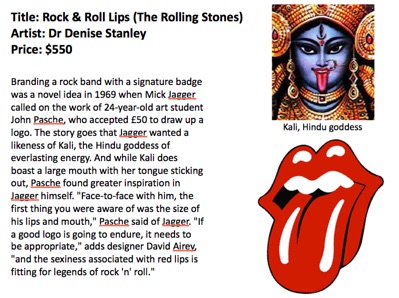 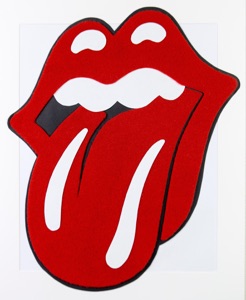 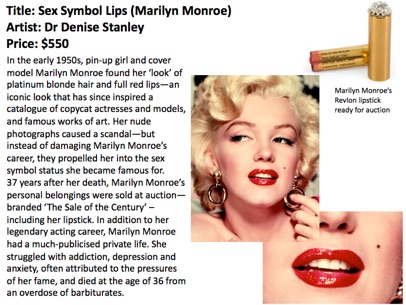 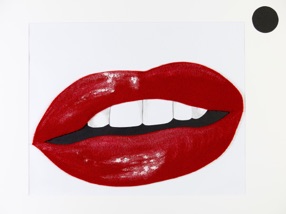 The Fame…
The exhibition includes famous lips known around the world in a variety of contexts including television, movies, music, communication technology and politics.

The Vanity…
These famous lips speak, seduce, manipulate …  while such actions express pride and admiration of appearance and achievements.

The Disposable…
Fame comes and goes. Appearances come and go. And so does the red carpet that the famous and vain walk upon at high profile functions. All artworks have been cut from the red carpet that was utilised for a VIP (Very Important Persons) event at the Gallery of New South Wales honouring Frida Kahlo and Margaret Preston.  As with most VIP events around the world, the red carpet is typically disposed of after only one use.

A red carpet is traditionally used to mark the route taken by heads of state on ceremonial and formal occasions, and has in recent decades been extended to use by VIPs and celebrities at formal events. Celebrities are known to walk down the red carpet in order to give photographers an opportunity to snap their picture on the way in to an awards ceremony or party.

The artworks in this collection identify the famous by their lips and is made out of the very red carpet used to provide such VIPs with special treatment during their fleeting moments of popularity and those sweet hours of glamourous life.

Short-lived and materialistic, it’s uncanny the irony that such productions as the Academy Awards (Oscars) spend approximately US $30,000 each year to roll out the red carpet which is never reused and is unceremoniously destroyed after the awards show ends. As the proverb reads, ‘here today, gone tomorrow’ so are the famous, the vanity and the red carpet  … but art is here to stay. This exhibition preserves VIP red carpet, saving it from the imminent landfill while boasting the likes of such icons that tread its threads. 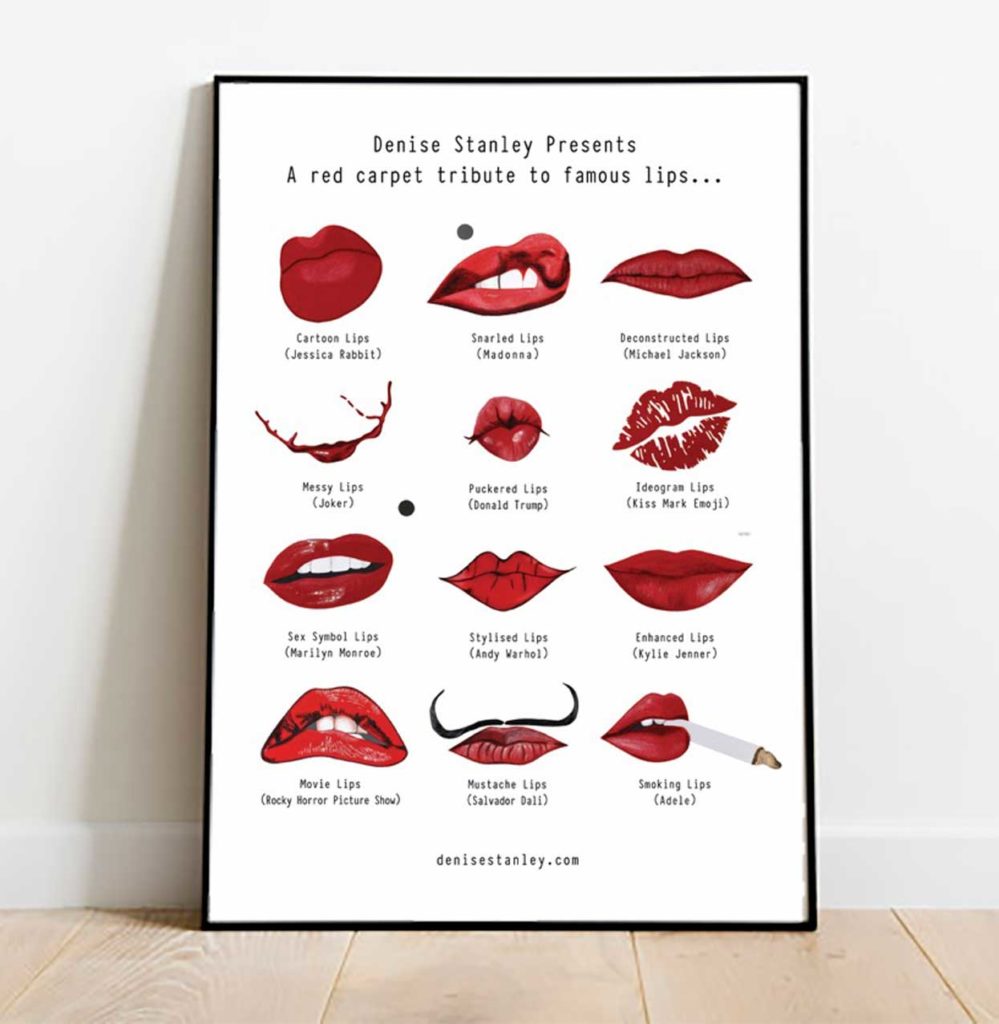